This post may contain affiliate links for your convenience. If you click on the link and purchase the item, A Personal Organizer, LLC. may receive a small commission at no extra cost to you.

Sure thing there are plenty of photo organizing solutions out there, and I know they can be pretty high-tech, online, with or without memberships, but just having to decide on which one to commit can be in itself quite overwhelming, and that’s why so many of us end up without any system in place. One simple way to create a photo organizing system relies on low-tech, no-sweat systems and backup options. And that’s exactly what Benita Larsson, from Where are your photos hiding? Will show us how to do it.

In this post, you’ll see how photo organizing can be simple, fun, and look really good in the end. All you’ll need are your image files, recordable CDs, CD labels, and of course, time to sit and get it done. Grab your favorite drink and enjoy your time organizing your photos and going down memory lane!

I love taking photos and with that comes the question what to do with them all.

I’ve always enjoyed organizing my best ones in traditional photo albums with photo corners. I’ve done that for many years. The albums and the rest of my photo paraphernalia are stored in two small cabinets in the dining area.

Photos of Wille are now in eight albums and there are also some albums from trips and travels and miscellaneous photos from before Wille was born.

The pre digital leftovers that didn’t make it into the albums but are still good shots worth hanging on to are stored in these two vintage card boxes my parents once used for their business cards in the 70’s. The old frames were broken so I switched them to new leftover ones from some IKEA boxes instead.

Some photos are more difficult to sort. At least I think so. They are the ones that are so random that they don’t fit in everywhere else.

I keep two boxes, one for Martin’s random photos and one for mine. The boxes contain vintage snapshots and portraits which for some reason didn’t make it into albums of that time, random photos received from friends and relatives and sizes that don’t fit into my blue boxes above.

It’s kind of fun to flick through them once in a while and I don’t really mind that they are all mixed up. I guess the key is not to fill the boxes with the photos that can go in the more organized spots so these won’t fill up completely.

About a year ago I decided I needed to sort the digital photos too instead of just leaving them on the computer. Both because I was afraid I’d loose them if my computer would crash (which it did six months later!) but also because I wanted to keep them together with the albums where I could touch them. Sound weird? I’m the same with magazines. I prefer the printed version the web one because I can hold it and look at it. It somehow feels more substantial.

I do print quite a few of the digitally shot ones and put them in the albums but with digital photography one tends to shoot more frames, at least I do. So before I decided how to save my digitals I ruthlessly deleted about 80% of all the shots.

There is simply no point in having seven very similar ones, I kept the best one or a couple of the best ones and deleted the rest. This left me with a manageable quantity to burn to DVD discs.

I decided to have one disc per year and for some occasions separate ones. Martin’s sailing photos are on separate discs and so are some of the ones with photos of Wille too.

You can get discs which are printable directly on to a white surface but I opted for printable stickers simply because it’s easier to reprint a sticker than the whole disc if there’s a mistake. I made a template with a software I normally use but with most CD/DVD stickers the software is included or the template can be downloaded.

For the year discs, I just chose a font I like and wrote the year and what is included on the disc. For the other discs, I chose one of the photos from the disc and used that as the background for writing the contents. I love how they turned out in their plastic holders.

I hope you find the ideas for photo organizing in this post useful and that they help you get started in the “oh-so-daunting” task of digging the computer and boxes to organize your precious memories. And remember, even in times of high-tech and online services, we can still use low-tech options that will work just fine. Also, I always recommend a physical and an online backup system.

Where are your photos hiding?

My name is Benita, and my blog is called Chez Larsson, which translates into “At the Larsson’s.” It’s where I share all the things I enjoy. I’m a neat freak, an organizing fanatic, and someone who truly enjoys getting her hands dirty. I love DIY, gardening, and renovating, but I also sew, craft, and occasionally bake.

I recently moved to a lovely row house from 1954 in a Stockholm suburb, with my seventeen-year-old son Wille and our two cats Mini and Bonus. I’m a busy bee renovating it and bringing it up to date while still trying to keep what’s left of that 50’s vibe.

Oh, if you’re wondering, when I’m not organizing drawers, building furniture, or digging in my back yard, I spend Mondays through Fridays working in the marketing department of a Swedish chain of stores where I’m in charge of social media and the company website.

Visit Benita’s blog at Where are your photos hiding?

Welcome! I'm Helena, and my motto is that life can be busy, but it doesn't have to be complicated. I share organizing tips, printables, and tools to help YOU simplify your life and create time to enjoy it.
Look around the Blog and don't iss the Etsy Printables Shop! 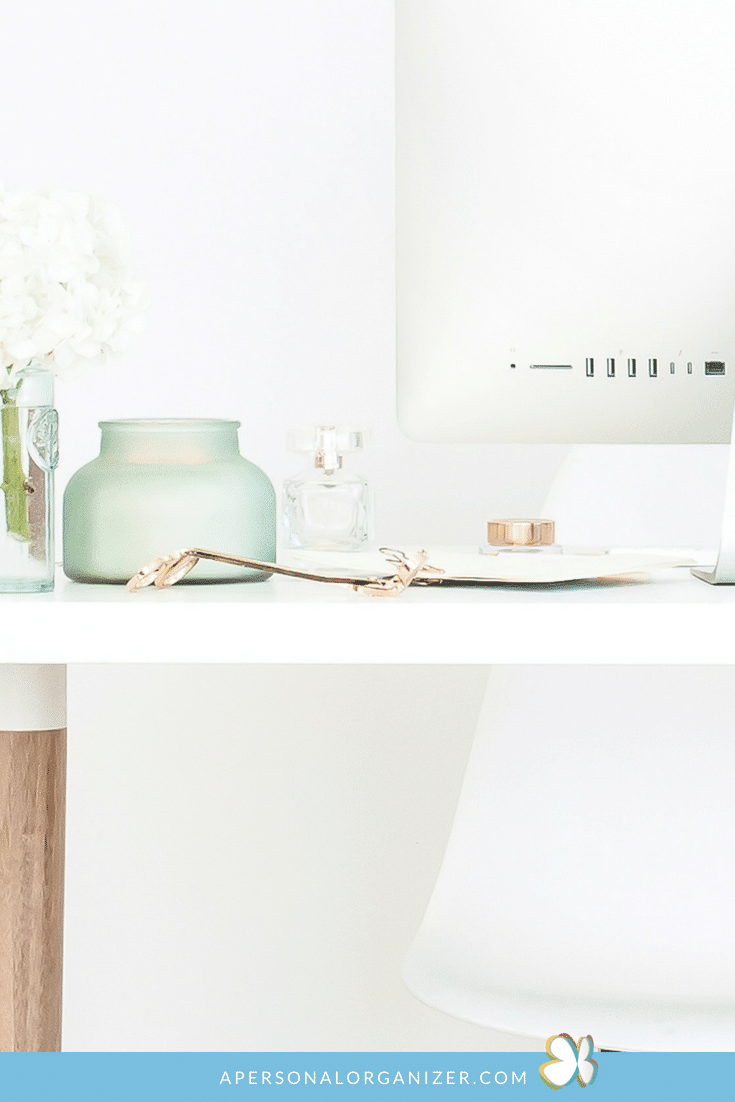 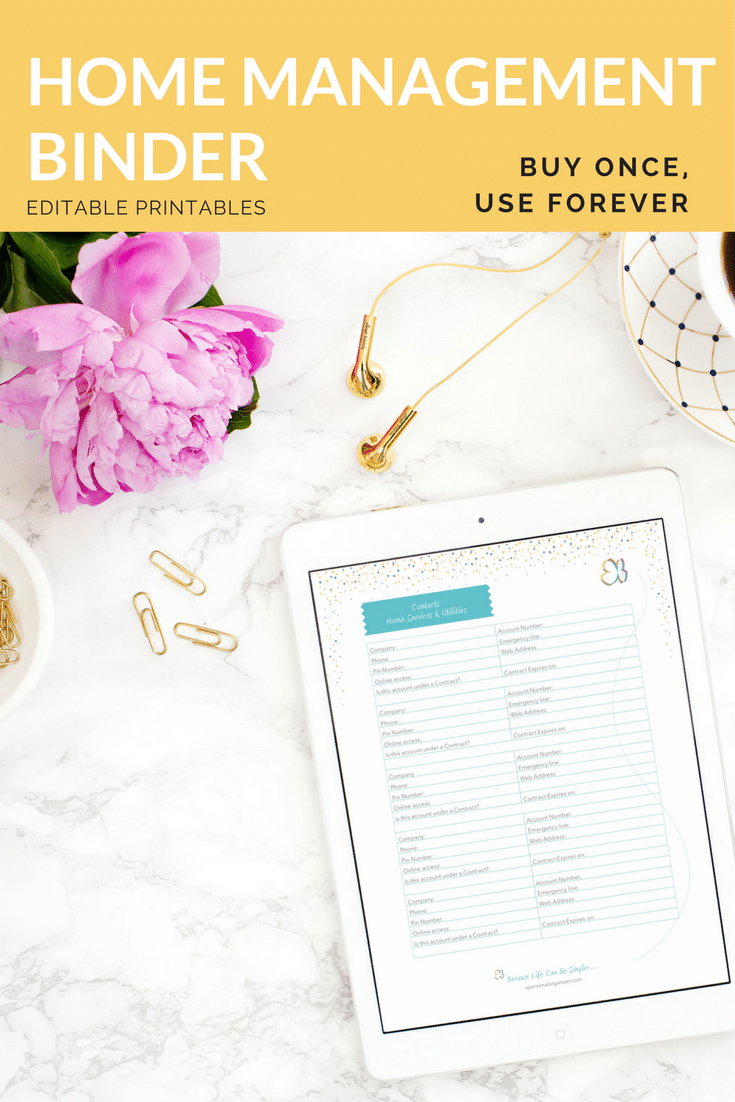 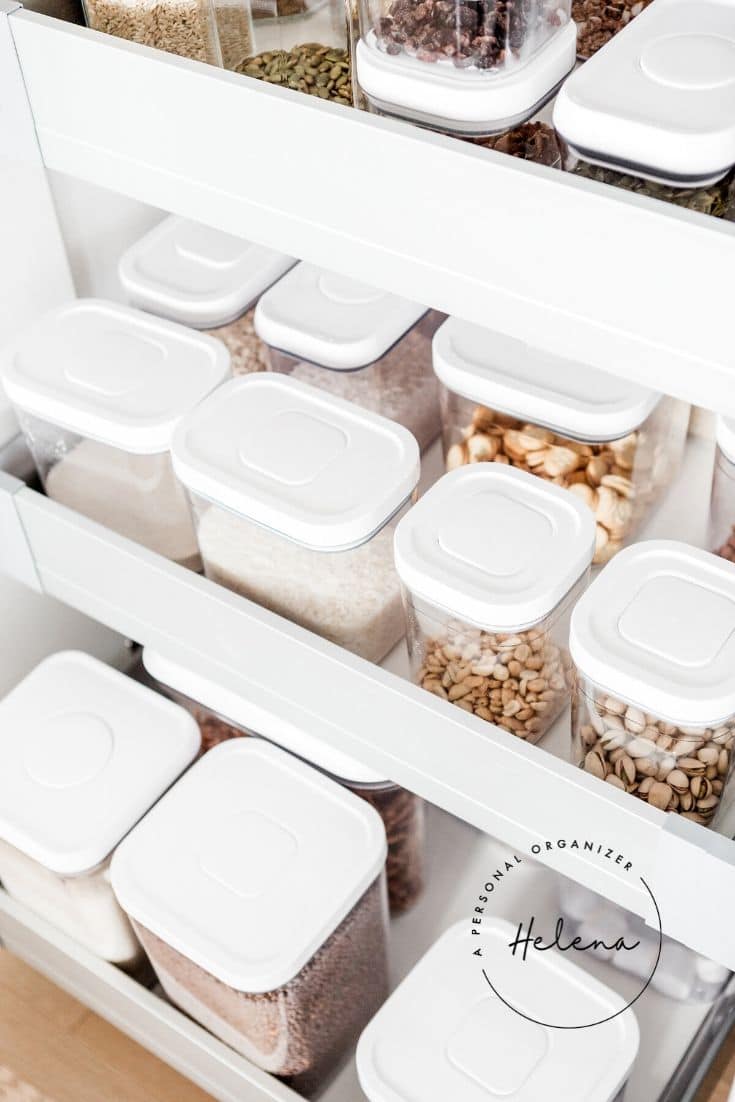 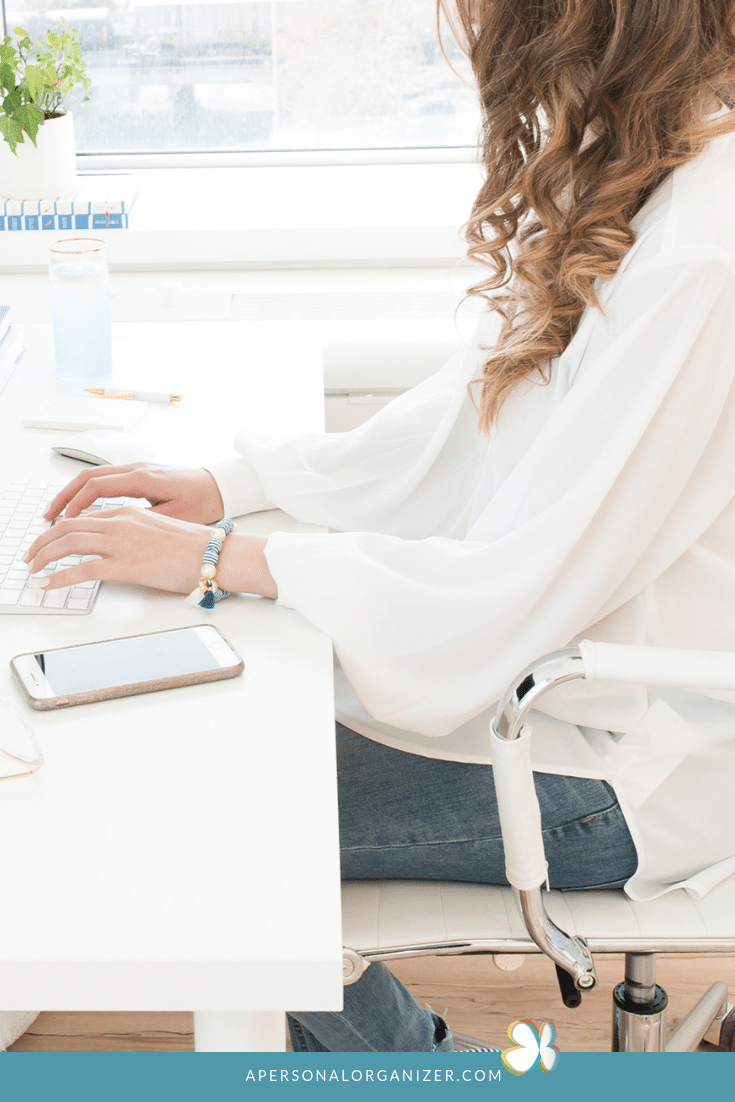 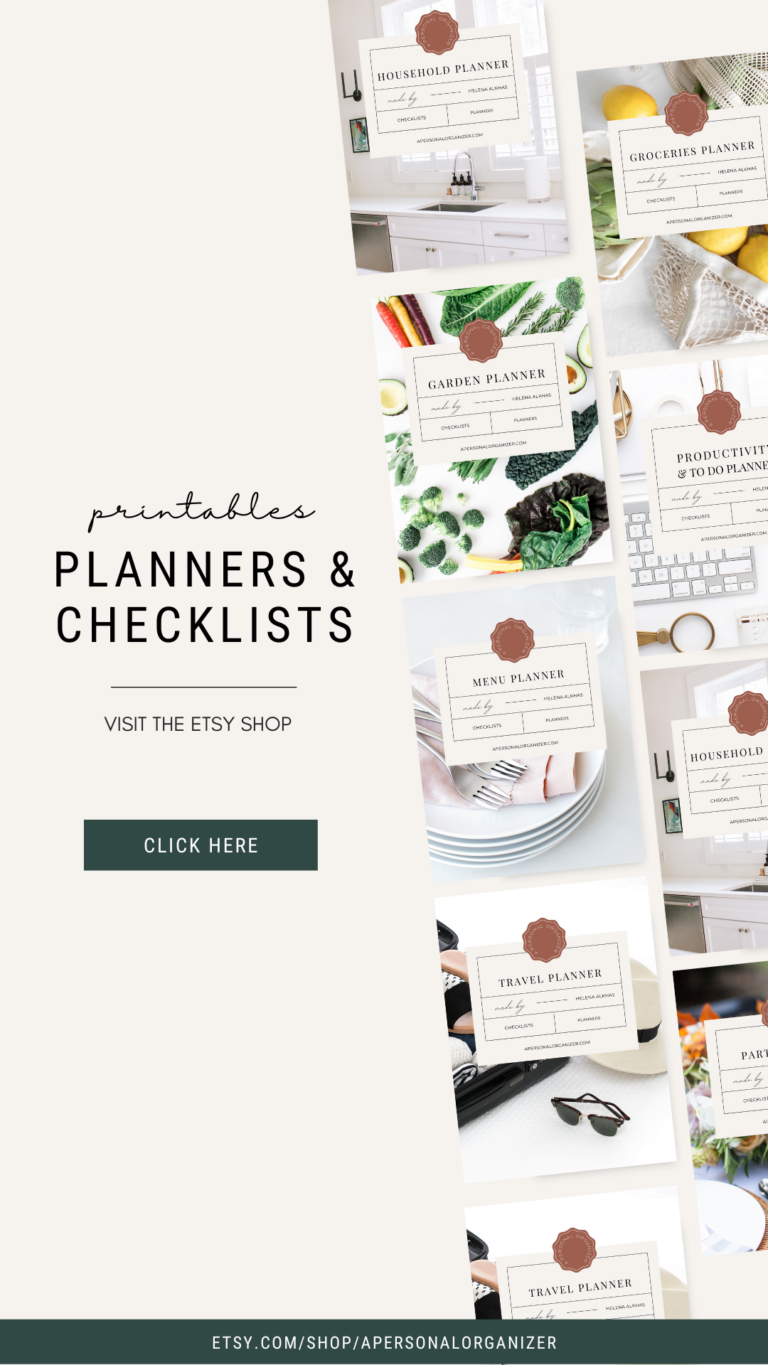 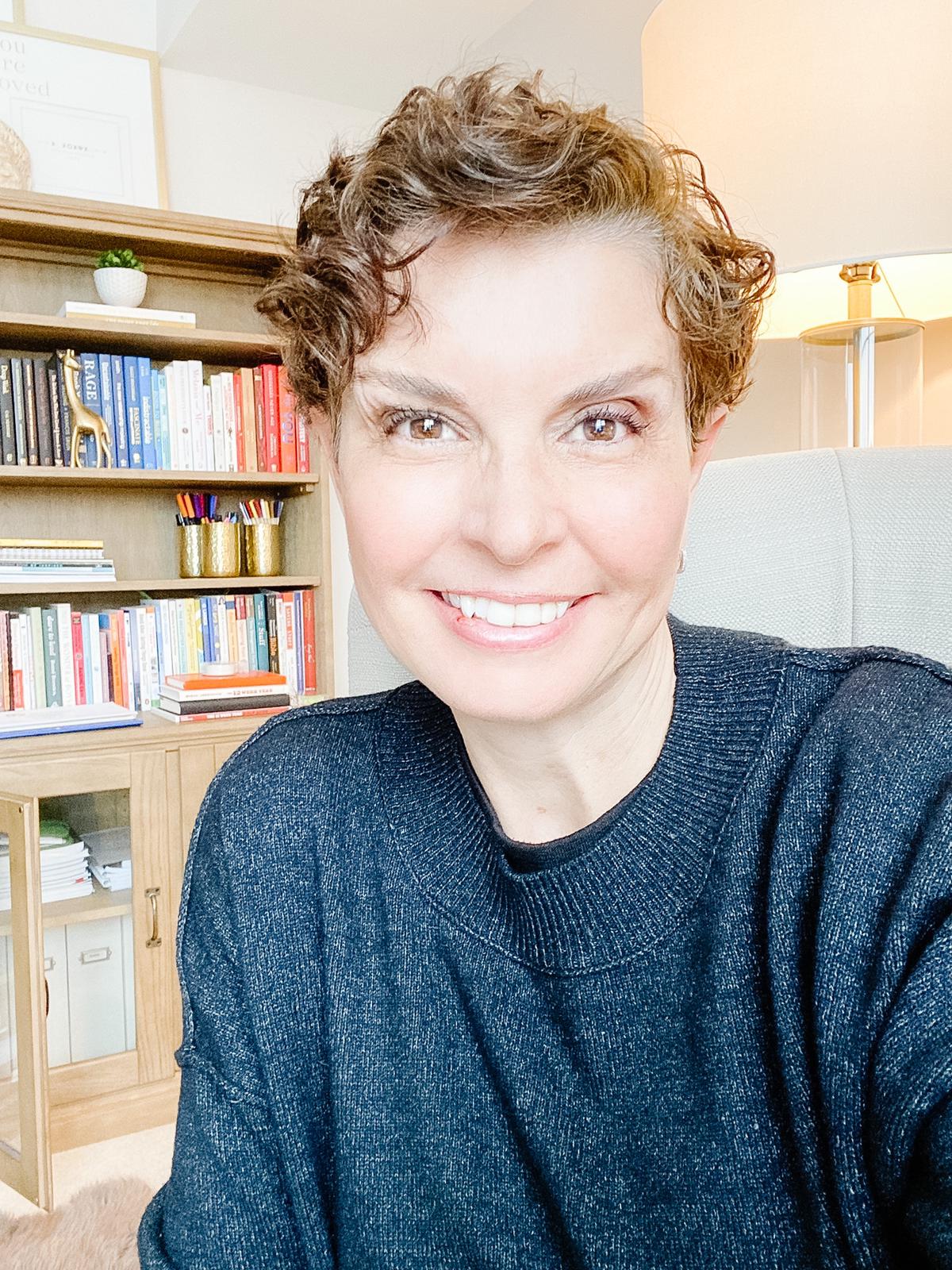 Welcome! I'm Helena and my motto is that life can be busy, but it doesn’t have to be complicated. I share tips and tools to help YOU simplify your life and create time to enjoy it. Look around the Blog and then check the Printables Shop! 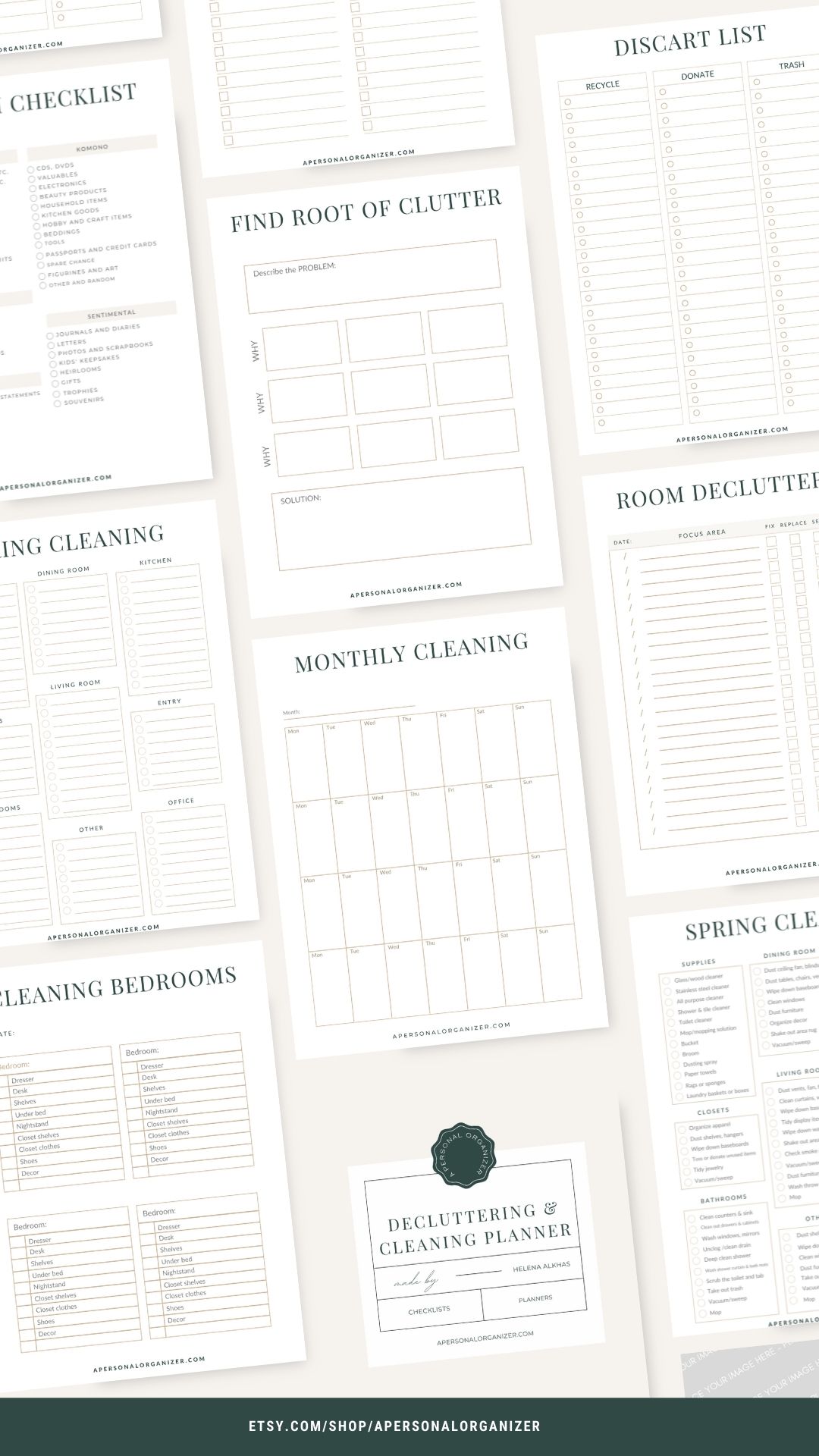 You’re welcome to link to A Personal Organizer or use a single image with a brief description to link to any post.

You are not allowed to republish posts in their entirety.

Copyscape protects this site, and you’ll be contacted if plagiarism is detected.

Our posts may include affiliate links for your shopping convenience. If you click on the link and purchase the item, A Personal Organizer, LLC. may receive a small commission at no extra cost to you. All opinions remain our own. As an Amazon Associate, A Personal Organizer, LLC. earns from qualifying purchases. Please read our Disclosures and Terms of Services here. You’re welcome to link to A Personal Organizer or use a single image with a brief description to link back to any post. You are not allowed to republish posts in their entirety. This site is protected by Copyscape and you’ll be contacted if plagiarism is detected. 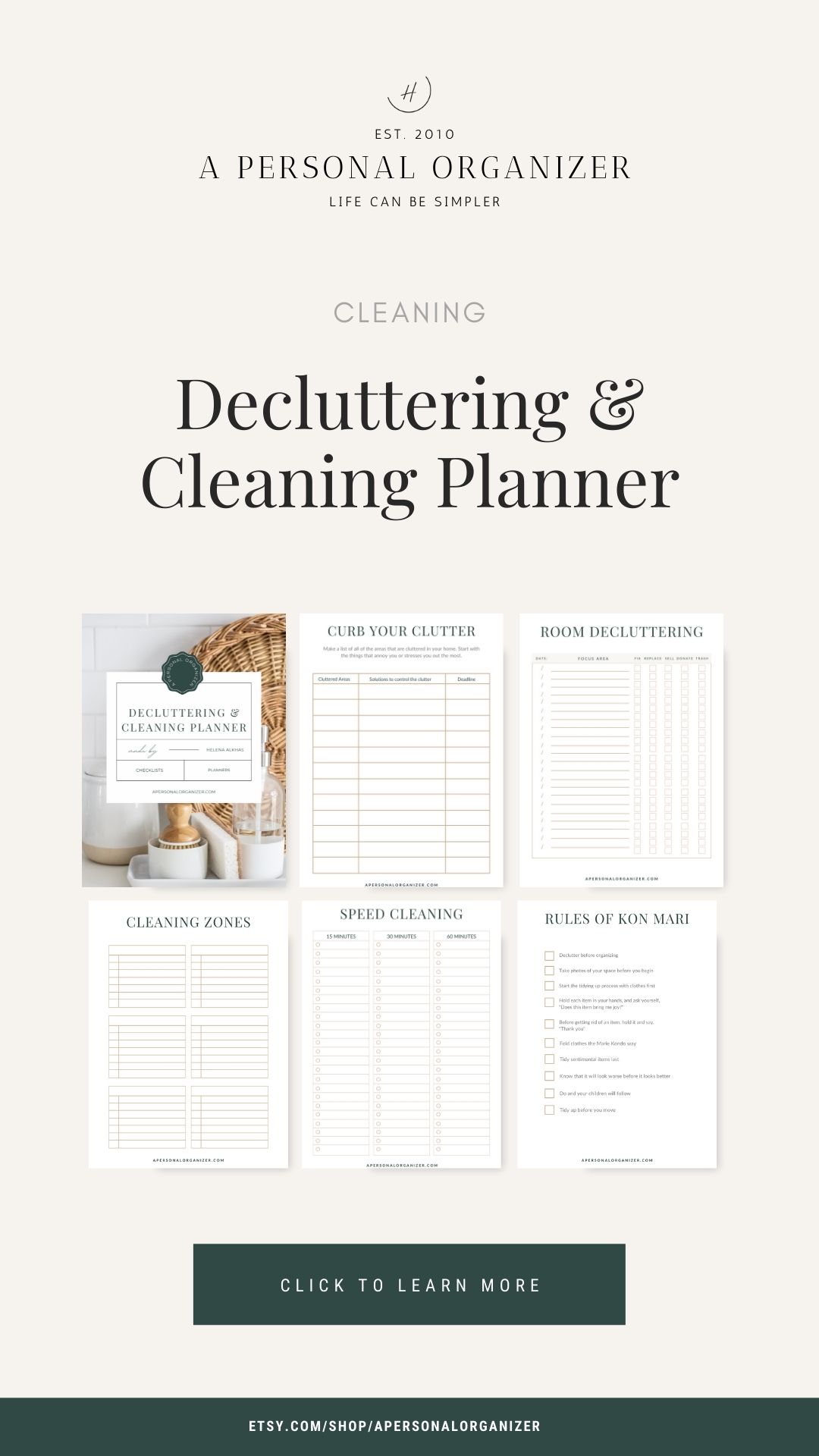